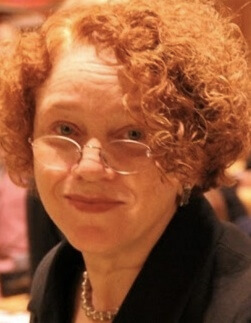 CCSI Board of Directors

Board Chair and Chief Executive Officer

Loraine Rickard-Martin delivers the evolving CCSI curriculum to enhance international sanctions practices and implementation skills to diplomatic and government officials, through co-managing sanctions reform processes such as the High Level Review of UN Sanctions (2015) and the follow-on Assessment of the HLR (2017) and co-implementing the Best Practices Guide for Chairs and Members of UN Sanctions Committees (2018 and 2020). Prior to co-founding CCSI in 2011, she served the United Nations for over three decades, including 15 years as senior political affairs officer and sanctions committee secretary in the Security Council Affairs Division of the Department of Political Affairs, New York, advising sanctions committee chairs and members, supporting teams of sanctions monitors, and participating in reform processes to refine the sanctions tool. She was secretary of the UN Secretary-General’s High-Level Panel on Threats, Challenges and Change (2003-2004). She advised the African Union’s Peace and Security Council on sanctions issues with the drafting of an AU sanctions manual (2012). She lectured on United Nations sanctions at Columbia University’s School of International and Public Affairs and taught an intensive ten-week course for diplomats at Columbia University (2010-2013). She is the co-author with Enrico Carisch and Shawna Meister of “The Evolution of UN Sanctions: From a Tool of Warfare to a Tool of Peace, Security and Human Rights (2017), and has co-authored other articles and publications on international sanctions.