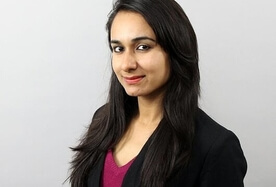 Urvashi’s aspiration to study Science and later shaping her career into Nuclear policy researcher has often been questioned and overshadowed on the basis of patriarchal grounds.

Being a Robin Copeland Memorial Fellow 2017 (A fellowship by CRDF Global which provides women scientists in emerging countries the opportunity to deepen their understanding of nonproliferation policies and work alongside influential leaders in peace and security), she intend to inspire and motivate Women in STEM particularly in countries where education system rely on a gender based stereotyped genre.