CCSI is currently preparing the delivery of multilingual, regional DPRK nonproliferation sanctions programs. Venues and dates in African and South-East Asian countries will be announced shortly, but anybody interested to be invited is welcome to connect.

If you would like to receive an invitation to one of the upcoming programs, please send us an email request.

No systematic UN sanctions training existed until 2011, when the Department of Foreign Affairs and International Trade (DFAIT) of Canada engaged CCSI to develop a program for five groups of actors of the UN sanctions system:

Delegations of state members of the Security Council and other Member States;
Officials of the United Nations Secretariat and Agencies, including the Department of Political Affairs (DPA), the Department of Peacekeeping Operations (DPKO), and specific peacekeeping missions, the Department of Safety and Security (DSS), the Office of Legal Affairs (OLA), the Office of the Coordinator for Humanitarian Affairs (OCHA), and other UN departments;
African and Middle Eastern Member States, the African Union, the League of Arab States, European Union; and international organizations;
New York-based UN experts on arms embargo and disarmament, visiting members of UN-field missions, disarmament officers of Member States and international organizations;
Officials of civil society and advocacy groups; media and academia.

The training sessions took place at the Permanent Mission of Canada, under the auspices of H. E. Ambassador Guillermo Enrique Rishchynski between January to March 2012.

It followed a pilot program designed and developed by the Fourth Freedom Forum in collaboration with CCSI, also funded by the Government of Canada. HE. Mr. JohnMcNee, Permanent Representative of Canada to the United Nations, launched the project jointly with Mr. B. Lynn Pascoe, Under-Secretary-General for Political Affairs. This was the first time a comprehensive sanctions training concept was presented for input by the leadership of the UN Secretariat and leaders of state delegations to the UN.

Following these early training efforts, CCSI further refined its training approach. It developed more comprehensive and custom-tailored programs according to the needs of incoming delegations of states elected to serve on the Security Council.

In parallel to these trainings, CCSI principals continued to draft and release sanctions introductory texts and manuals presented from a distinctly practitioner perspective:
December 2011 - Global Threats and the Role of United Nations Sanctions
January 2013 - Sanctions and the Effort to Globalize Natural Resources Governance
March 2014 - United Nations Sanctions on Iran and North Korea: An Implementation Manual - in collaboration with the International Peace Institute, and supported by Canada.
June 2016 - United Nations Non-Proliferation Regimes on Iran and North Korea: Practitioner's Compliance Handbook (out-of-print)
November 2017 - The Evolution of UN Sanctions -- From a Tool of Warfare to a Tool of Peace, Security and Human Rights
November 2018 - Implementation Handbook for UN sanctions on North Korea – The challenges for African States, (also available in Amharic and Swahili), in collaboration with CRDF global and supported by the UK Government’s Counter Proliferation and Arms Control Centre (CPACC)

CCSI has also commenced the production of general interest publications and video clips designed to attract students and others who are interested in global security and sanctions.

CCSI works with governments, companies and international organizations on increasing knowledge and skills in all aspects of sanctions policy making, implementation and compliance.

Typical topics for training include:

UN sanctions and the international conflict resolution architecture.
Institutional designs to enhance preparedness and sanctions compliance for preventing due diligence failures.
Sanctions, human rights and international humanitarian law
Preparation for Sanctions Committee Chairs, E10 delegations and staffs of all UN member states for their roles in the UN sanctions system.
Preparation for experts and consultants aspiring to appointments for monitoring mandates.


CCSI trainings are intended for :

Chairs of Sanctions Committees
Delegations of elected state members of the UN Security Council
Staff of UN member states
Compliance officers of companies
Sessions are custom-tailored to the requirements of clients and are built on CCSI proprietary research and insights from independent practitioners, and subject matter experts. The training is complemented with neutral analysis and guidance unconstrained by institutional perquisites for other providers of training.

Only UN sanctions represent the will of the international community. UN sanctions should not be confused with unilateral sanctions that often entail coercive policies analogous to economic warfare. 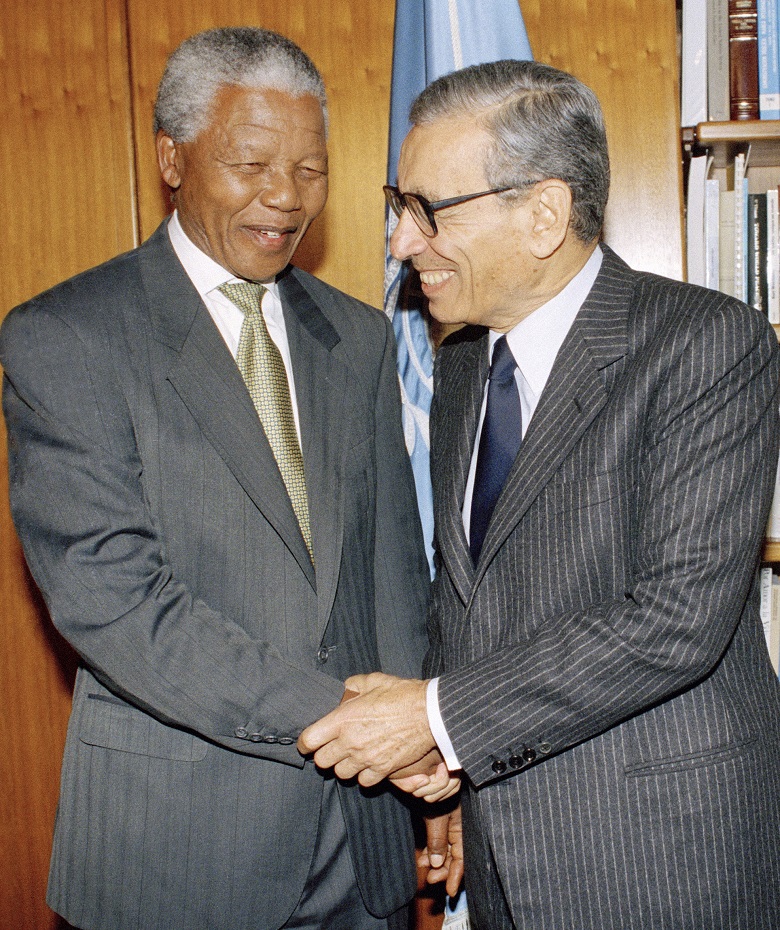 Unlike other sanctions UN sanctions serve as the international community’s primary non-violent tool to protect international peace and security. They help to protect against threat actors, prevent human rights abuses, and coerce those responsible for conflict to change their behavior.

According to our research, many UN sanctions have not helped to fulfil the UN’s primary mandate of protecting human welfare, and peace and security.

The results of overreach by major powers can have devastating consequences for the reputation of UN sanctions, and even worse for countries and the populations that are subject to unilateral coercive measures and UN sanctions. Countries that have suffered from misused UN sanctions include Haiti, Iraq, Iran, Ivory Coast, Kosovo, Liberia, Libya, North Korea, Rwanda, Southern Rhodesia, South Africa, Sudan, South Sudan, Yemen, (former) Yugoslavia. Sanctions on Al Qaida/ISIL and the Taliban function as appendages to the global war on terrorism. Despite trillions of US Dollars and countless military deployments, terrorists have metastasized to tens of thousands of combatants who have spread into and attacked dozens of countries.

The mixed outcome of too many sanctions prove that sanctions should never be used in isolation from other policy efforts but rather, should be part of an overall conflict resolution effort. The stronger and the more united the political will for peace, the more likely conflicts or humanitarian crises can be prevented. 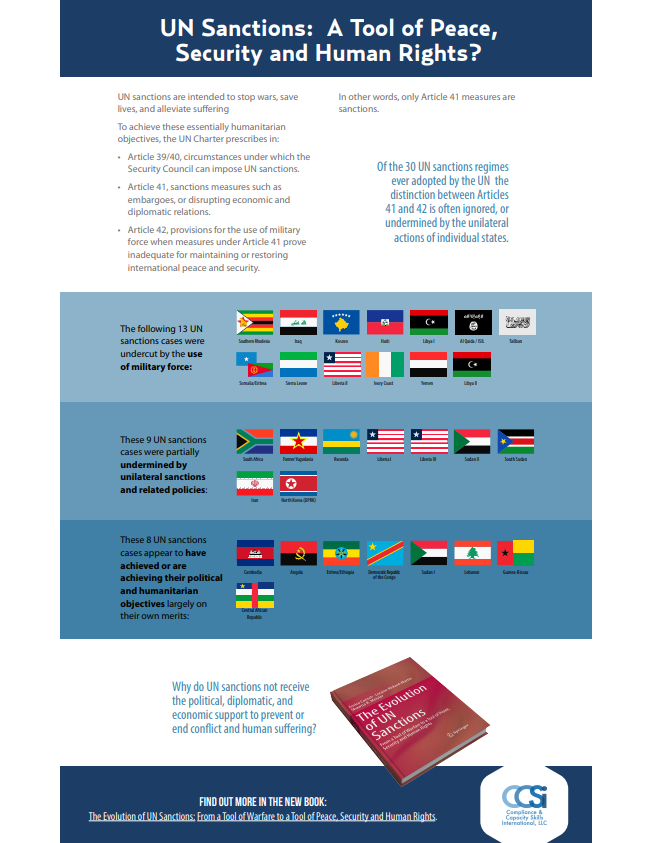